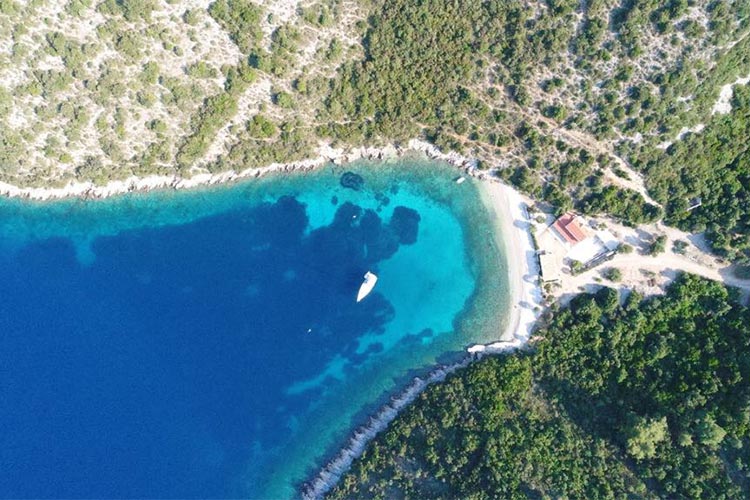 First thing that we did after having our coffee on board, we went to local shop and bought tons of anti-mosquito spirals and sprays. We wanted to try out anti mosquito bracelets, but they were sold out- guess why ??

Kids were swimming a bit, and we had another coffee in konoba Herc, before heading up to Lovište/ Pelješac which is first point on our way to our home bas Marina Kaštela, and Wednesday is day when you need to sail slowly back to base.
We were not sure should we go to Lovišće, since captain was there in several occasions and he would like to try something new, so we found a nice bay on app, just before Lovišće bay- Duba bay- and called a guy to leave us a buoy.

Later we discovered we didn't called him, we called his father who has restaurant in Lovišće. We sailed to Duba bay and arrived midday. It was nice sailing in Korčula channel, Korčula really looks beautiful, and I have been there few times, but somehow I was feeling sorry not going this year again there. One week is never enough for sailing, swimming, discovering new places and visiting old. I could really stay two weeks or even three weeks without being bored.
Duba bay is really beautiful. It looks like perfect bay from commercials. It is small bay between two big hills, with perfect sandy beach, and only one restaurant in traditional stone house, surrounded by pine woods and various trees. We were only boat this afternoon- what was really great. Anyway it has only 3 buoys so It cannot be overcrowded.
Restaurant owner helped us with the mooring and we announced that we will come around 17.00h for a lunch/dinner.
After our Oceanis 48 was safely moored at a buoy, we decided to swim little bit. Of course dogs jumped on the inflatables immediately- it means they need to go out on shore.

We have been swimming for couple of hours, sea was warm and bay was beautiful, and beach was dream-come-true. After some time restaurant owner reminded us for a lunch since he is closing 20.30, so we changed our clothes and decided to go for a lunch.
We were pleasantly surprised with the food. Everything what we ordered was above average and extraordinary.
There is no classical menu, you can order something from five different appetisers (octopus salad, breaded shrimps, lobster salad, shelves) and fish or lobster pasta for main course.
I love it, it is great- and they prepare only what they have fresh for today. We started with musles, breaded shrimps and octopus salad. Everything was so delicious and prepared on traditional way.
Then we had lobster pasta, and grilled fish with best zucchini ever! After we had pancakes with home made honey and lime, and everything was so tasty- and prices were reasonable.

Best is that you sit in quiet bay with beautiful view, and watching our beautiful sailing yacht Oceanis 48 during sunset.
Only what was problem for us is that there were million wasps flying around our table. Waiter tried to scare them off, with coffee - apparently it was only small help but at least smells good. My younger son was already in panic since he has allergic reaction to wasps,
After a great meal we fall a sleep very quickly, and this evening like last two evenings were nice and calming. 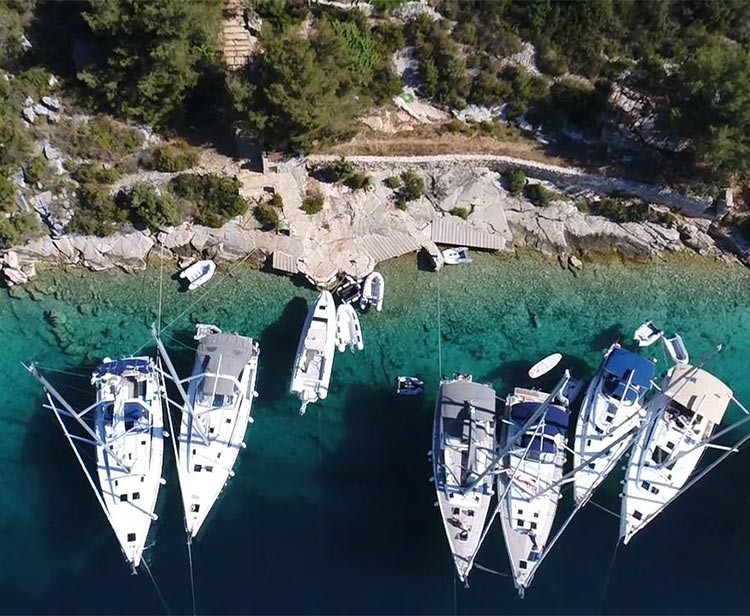 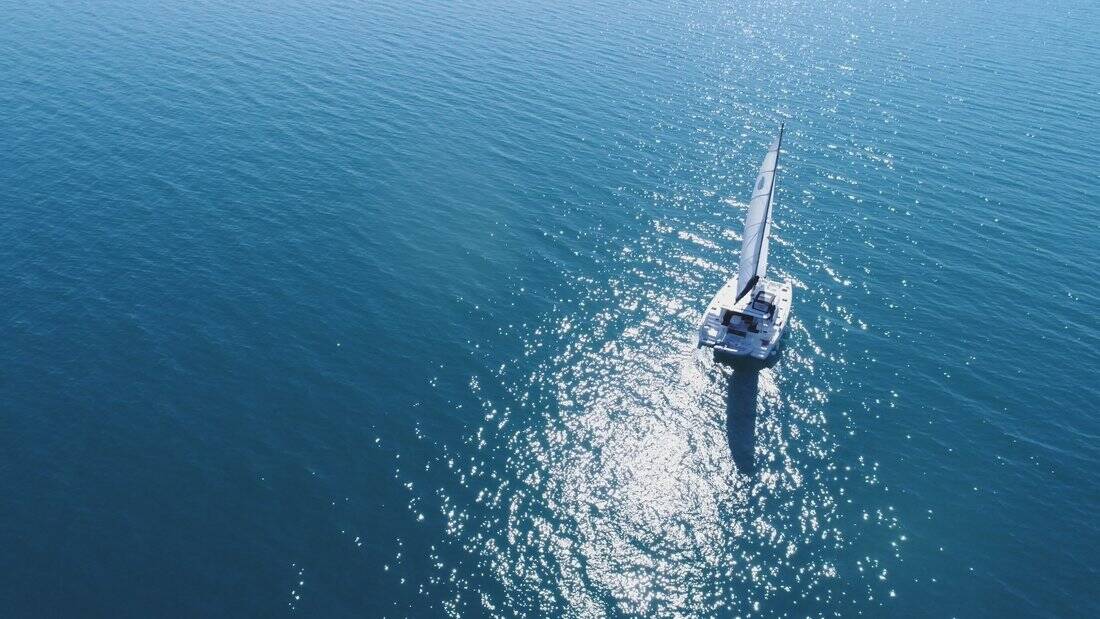 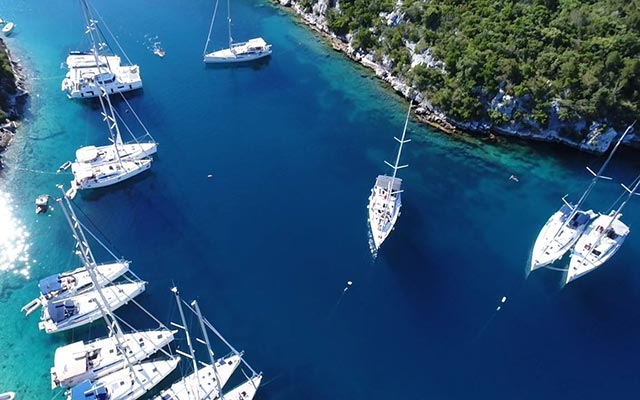 Yacht was good, decent size compared to other, wish it would've had Aircon but that's just part of the experience. Felt smooth on all the sails.&nbsp;